Using AMP pages for SEO? Or not? 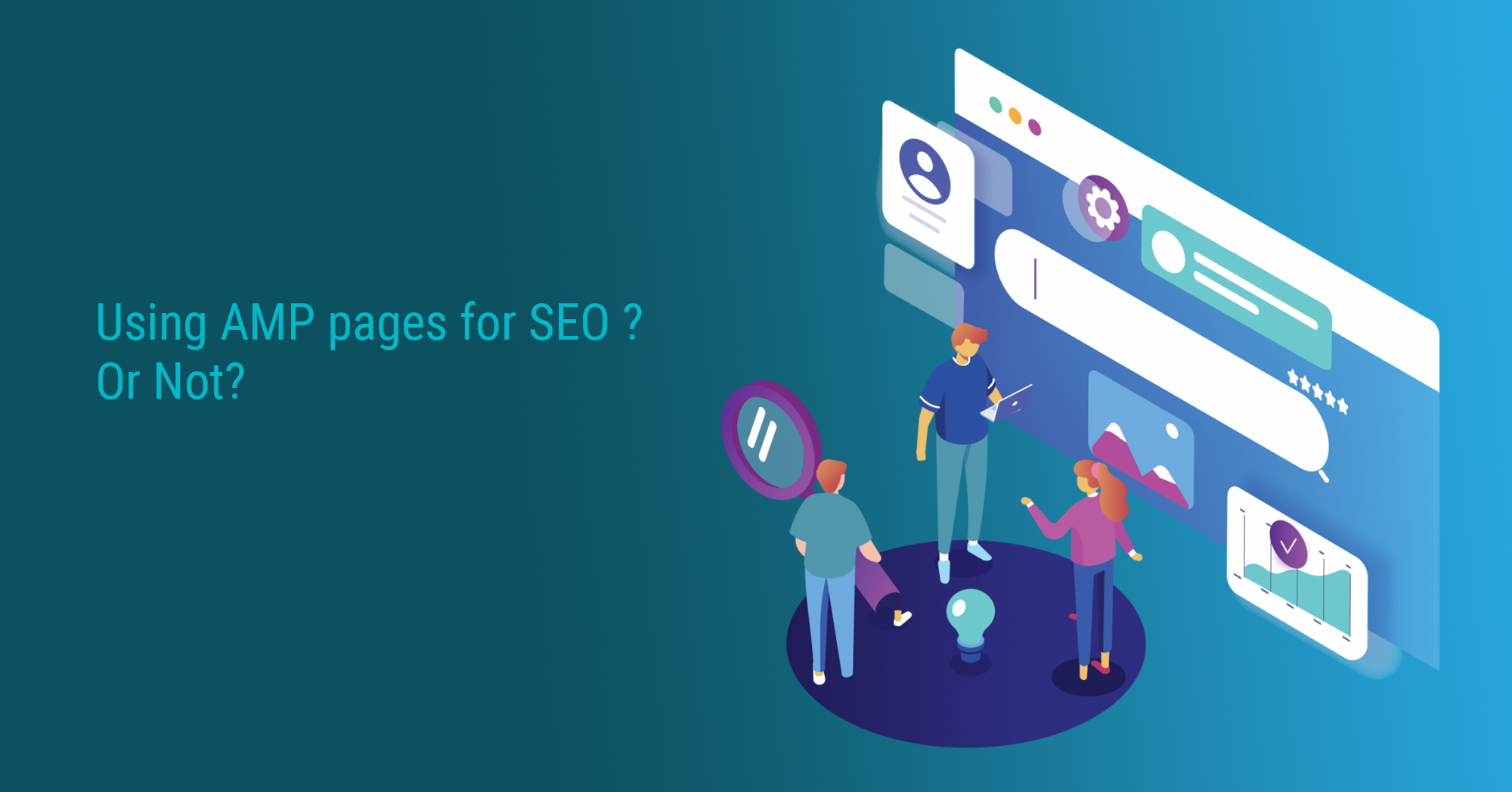 With the renewed test tool from Google, Test My Site, the discussion about speeding up mobile websites flares up again. The tool emphasizes the importance of mobile speed with two new informative functions. The latest version tests the speed of its own website, but the testing tool also shows how the performance is compared with its competitors.

Besides, Test My Site tells how many visitors drop out due to a lack of speed. For many, this is the reason to look for ways to speed up the website. Can AMP (Accelerated Mobile Pages) pages help? And does this make sense for SEO?

Google Test My Site is a speed test that assesses the speed of mobile websites. Recently, Google has added two new exciting functions:

The results are neatly summarized in a report and supplemented with tips to improve mobile websites speed.

With this tool, Google once again emphasized the importance of a fast mobile website. By comparing its own speed with that of its competitors in the industry, Google hopes to create awareness and encourage website owners to improve speed. Because according to Google, speed is an important ‘Ranking Factor’ for the ranking in the search results.

A Faster Website With AMP Pages Good For SEO?

Is your website not one of the ‘Top performers’, and are your competitors doing better? Then you will be eager to do everything you can to increase the speed. You may immediately think of AMP pages. Because that AMP pages score well.

The conclusion is that with AMP web pages, you do score high in Test My Site. But despite this tremendous speed, this does not necessarily mean that this is also good for SEO.

When is an SEO audit not good?

Basically, an audit is not good if it only comes from a tool, and no one has given their opinion. Nothing against tools; we love and work with many SEO tools. Nevertheless, you have to interpret the data – tools are still a long way from doing SEO automatically. This is why a meaningful interpretation of the data from tools is essential; otherwise, wrong conclusions will be drawn. The mere reporting of data from tools without a professional explanation is also one of the no-gos. The visibility index from Sistrix, the OPR from Ryte, the OVI from Xovi, and many other metrics that want to measure SEO success in a number can certainly help – but they have limits and simplify a complex system.

My hair always frizzles when things are identified as necessary in an audit, but they are not in truth (in my opinion). A famous example is HTML validity. Your code doesn’t have to be 100% W3C compliant. Google must be able to read the code as the most popular browsers. If there is too much space, then that doesn’t usually bother (unless, of course, it causes a significant error, for example, which shoots up the layout or makes a link no longer clickable). Which things are considered necessary are – as described above – really a matter of mentality. The more experienced the SEO, the easier it is to recognize the quick wins that bring maximum success with minimal resources.

Use or not use AMP pages for SEO?

The fast AMP pages are not (yet) included as a ‘ranking factor’ by Google. In other words…, you don’t have to do it for your organic positions in search engines. What is an advantage is that AMP pages stand out because of the ‘lightning bolt’ icon. There is also a chance that the result will be included in the message carousel.

Do not forget the benefit for the user. Because with Accelerated Mobile Pages, you offer an ultra-fast user experience. Something important to Google. It is not unlikely that it will be rewarded in the future, but this is not confirmed yet.

Another reason to check whether you want to use AMP pages is the limited layout options. They have massively stripped down HTML pages. An image or video is still supported, but you should not expect much more. They are mainly static pages where readability is paramount. So no high-quality graphics or slowing database links, but pages that are exclusively aimed at offering readable content. So it’s not surprising that AMP results are mostly news pages.

Dating an Engineer in 2020: items to understand, gurus, and Cons

Ladies Display How They Want To Be Approached

August 17, 2022 No Comments
Save this Post for Later
Received your newslatter to stay on top of the latest blog